The Rising Sun Flag is a war crime flag??

If you're a Westerner who recently heard the Japanese Rising Sun Flag is the same as the Nazi flag, you probably thought "I had no idea!" The reason you had no idea is because it's not true. This claim is a recent issue originating in South Korea, and is nothing more than part of a propaganda campaign intended to defame and isolate Japan from the rest of the world.

Read on, and you shall learn the history of the Rising Sun Flag, what it represents, and how this unusual situation came to be.

The image of the rising sun has been an integral part of Japan's society and culture for centuries. This fact is evident in Japanese mythology, particularly in the story of Amaterasu, the goddess of the rising sun, embodiment of Japan, and center of Shinto spiritualism.

To learn more about the myth of Amaterasu, click here

The Meanings of the Flag 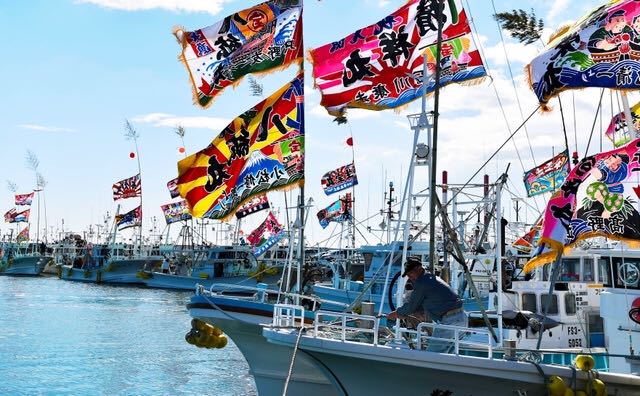 The Rising Sun, a world-recognized symbol of Japan, has been displayed to represent many things. Throughout history, the Rising Sun Flag has indicated bountiful fishing expeditions and has symbolized success and achievement. A good omen, the symbol was adapted in the 1800's for use in Japan's military flag.

The Same as the Nazi Flag?

Recently, a photograph has been discovered and circulated certain online communities. The photo shows a Nazi flag hanging on a wall next to the Rising Sun Flag. This photo, without any context, has been offered as evidence that the two flags are equal. This belief is completely without merit. It has been discovered that the Nazi flag's design predates WWII, when most countries in the world had a normal diplomatic relationship with Germany. Furthermore, a photo such as this proves nothing in general. Photographs can be found of other countries's flags displayed next to the Nazi flag, to include the flags of the United Kingdom and United States. To suggest that a photo of two flags next to each other proves equality is absurd. 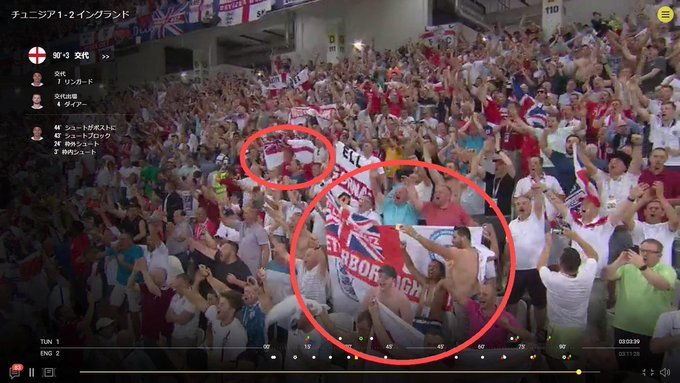 One argument against RSF offered by anti-Japan activists is that it is inappropriate for spectators to fly the flag of the Japanese Self Defense Force at sporting events. They contend that no other countries in the world engage in this practice. This is also false. A number of other countries' sports fans display their respective military flags, to include the United Kingdom and Russia, and no one complains about it. 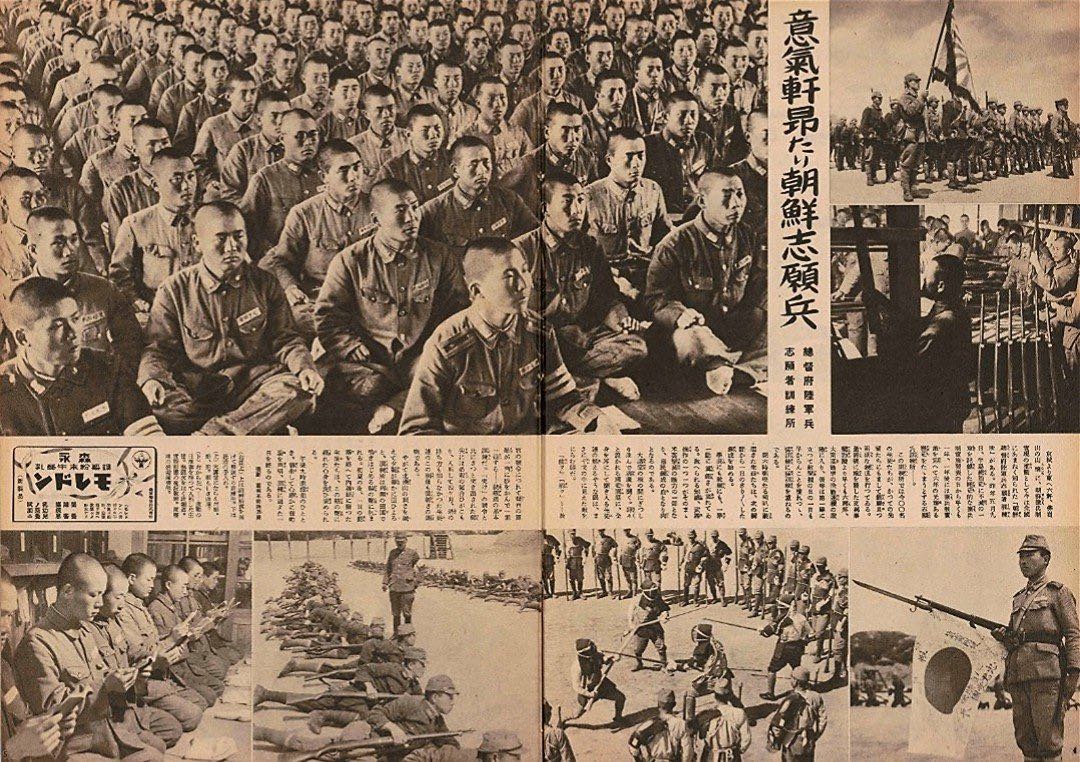 There are some who say that Korean people were the victims of Japanese war atrocities and, despite the fact that the Rising Sun Flag had been accepted in Korea for nearly 70 years following World War II, the right thing to do would be to consider the feelings of these victims and ban the flag. However, the foundation of this belief is completely false. Japan did not invade Korea. Korea had voluntarily been a protectorate of Japan for decades before WWII began and enjoyed the benefits of over 30 years of modernization and economic prosperity, ultimately doubling the population of the Korean peninsula. In other words, Korea and Japan were on the same side during the conflict. In fact, hundreds of thousands of Korean men volunteered to serve in the Japanese military during WWII.

The Source of the Outrage 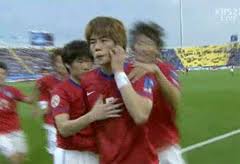 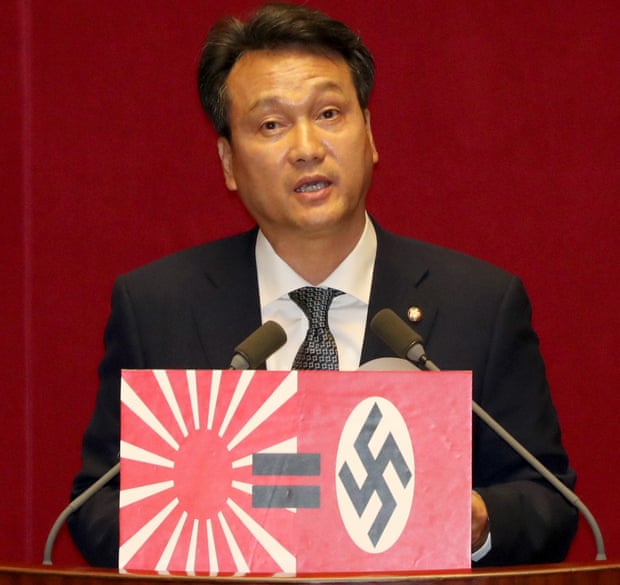 With renewed Korean interest in the flag, certain anti-Japan entities saw an opportunity to use it for conducting a smear campaign on Japan. For instance, the South Korean government funded hate group VANK has made great efforts to equate the Rising Sun Flag with the Nazi flag by creating and circulating "educational" videos, conducting interviews with foreigners, and attempting to influence politicians of foreign countries. These groups have very active members in many online communities and take advantage of any opportunity to spread this propaganda, hoping to defame Japan. 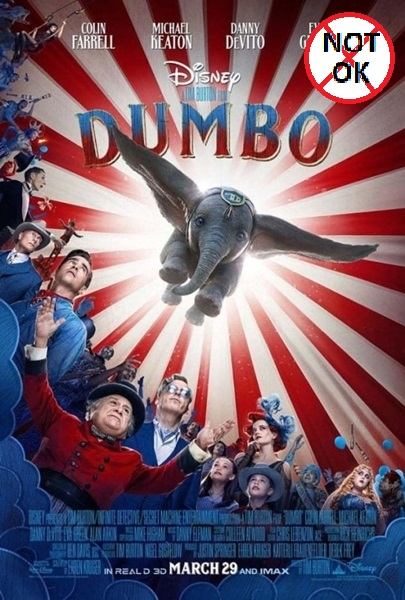 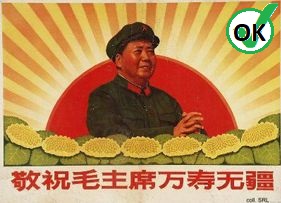 There are an increasing number of instances where this obsession with RSF has been taken to the extreme, to the point where many images have come under attack and their creators harrassed even though they are clearly not the Rising Sun Flag. For the purposes of expressing forced outrage essentially any image that includes a circle with lines coming out of it can be targeted. However, this is not always the case. Propagandists have demonstrated a preference for "safe" targets, especially Westerners who are unaware of the anti-Japan campaign. For instance, a Disney poster for the movie "Dumbo" was attacked by propagandists for being similar to RSF, but a poster featuring Mao Zedong was not.